Check how our clients are enjoying their Nepal trip

Everest Tour Nepal Treks & Expedition Pvt Ltd established in the year 2020 is a Kathmandu based Nepal trekking company. We are specialized in Small Group Joining Tours (Also known as Fixed Departure Tour) and Private Customized Tour Packages as per the guests requirement.

We are known for adventure in the Asian Himalayas be it a day hike, days of trekking, climbing or an mountain expedition. Everest Tour Nepal Treks & Expedition Pvt. Ltd. have been successfully organizing adventure activities like Cycling trips, expedition, motorbike tours etc in the Himalayan passes. With more than 2000 clients world-wide each year we provide free Nepal tour consultancy and help our valued guests explore our Himalayas and the mountain villages we live in.

Living in the mountains is hardship but you will be amazed to see the happiest people living in the Himalayas. Their main occupation is agriculture, animal herding, and local trades. However with the modernization Sherpas today are known for the high altitude climbing and mountaineering.Their culture, traditions, food habits and the warm hospitality have inspired the world and they are the renowned owner of many Guinness World Records for climbing and expeditions now in the Everest region and beyond.

With the growing charm for Everest trekking and expedition we have explored many ways to see Everest for those who are passionate to explore Everest and we have created the Himalayan Club for those who already have traveled with us to get in touch.

You may easily reach us via email at inquiry@everesttournepal.com or direct number +977 9841778069 (What’sApp/Viber) to have one by one consultation on special Nepal, Bhutan, Tibet and India Tours, trekking, adventures like motorbike tours, cycling, camping, rafting, rock climbing and many more adventure trips.

You already have Nepal in your travel buck-list but confused about the tour planning?

We have fixed departure tours (Group Joining) for those who want to travel in group, in the mean time save some money or you want your tour to be privately for yourself, we customize tours as per your personal interest too. Than what do you need beside these?

We are only tip away. For details email us at inquiry@everesttournepal.com or direct contact +977 9841778069 (WhatsApp/Viber). You will get an detailed tour proposal with price quotation within 0.5 to 24 hours.

Encounter the wildlife including Bengal Tiger & One Horned Rhino...

Ways To EBC (Everest Base Camp)

Everest has been courage to somebody, the means of living, aim, destiny to other...

Trekking in the Himalayas

Get closer to the mother nature....

Measure the inclination degree of your tour......

Explore the thrilling adventure and measure the height......

Capture the best of your tour for memory...

Cycling & Mountain Biking Tour Challenge yourself for your trip of a li...

Cultural Tour & Sightseeing Appreciate the age of arts and architect...
View all Tour Packages to Nepal

We Everest Tour Nepal Treks & Expedition guarantees you to fulfill your dream to accomplish a trip of a lifetime at an reasonable price. All this is possible due to our long experience in this sector along with our expert team. Only we need to know is what exactly you are looking for during your Nepal trip, accordingly we will have one by one consultation with you to customize your private tour.

Or else if you are looking to join in group tours to minimize your cost. We do also have some Fixed Departure (Group Joining) tours including the must see places in Nepal with mixture of Culture, Nature and Soft Adventure.

Drop an email at inquiry@everesttournepal.com mentioning all your requirement details or call directly at +977 9841778069 (WhatsApp/Viber).

We shall get back to you with our detailed suggestive tour proposal along with price within 0.5 to 24 hours.

Trekking in Nepal During Covid-19 Pandemic

Best Time For Trekking In Nepal

What to Pack for Nepal Tour & Trekking

How To Get Nepal Visa

My Everest Base Camp (EBC) Trek

Everything about Nepal Tour: Five Articles you must Read for an Easy Nepal Trip

You will grow into a Nepal travel guru and plan your trip much easier with these five articles carefully written by our Nepalese travel experts who all have more than 20 years' experience in Nepal tourism.

Why you should never ever visit Nepal?

Must See Things: During Your Nepal Stay

Best Time to Travel to Nepal: The Ultimate guide about when to travel...

How to Get to Nepal in Different Ways – by Flight, Train, Overl...

Most about Nepal Tour 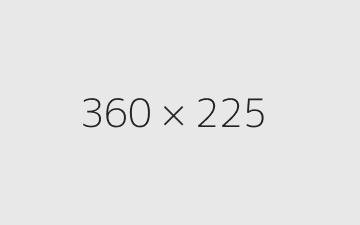 Why you should never ever visit Nepal?

Must See Things: During Your Nepal Stay

Best Time to Travel to Nepal: The Ultimate guide about when to travel...

How to Get to Nepal in Different Ways – by Flight, Train, Overl...

Nepal is a small (147181 Sq Km) country situated between Asian giants China (on the North) and India (on the East, South and West). Although Nepal holds only 0.03 % of the total surface of earth it is huge in terms of diversity. One third of the total length of Himalaya is in Nepal-800km. Eight among the top ten mountains, more than 1300 peaks higher than 6000m, about 200 peaks of over 6000m are in Everest region only.

Between Dhaulagiri and Annapurna lies the World’s deepest gorge- Kali Gandaki. Tilicho Lake situated at 5099m north of the Annapurna Himal is the lake at the highest elevation in this world. Nepal’s altitude ranges from 65m to 8848m within 150km of a horizontal distance, the greatest altitudetional variation on this planet- Steepest Country.

Annapurna Region (ACAP Region) is world famous for it's multiple choices of trekking routes and its headquarter is Pokhara (Lake City). Annapurna Base Camp (ABC) Trek, Round Annapurna (Annapurna Circuit) Trek, Ghorepani-Poonhill Trekking are the most famous. Muktinath for Hindu and Buddhist religious travelers, Tilicho Lake (Lake at world's highest level), Thorungla Pass etc is where many people measure hight.

Mustang Region (Forbidden valley) is the region behind the Himalayas. With the cold desert landscape, the Bon religion of Mustang is old age practice, recently discovered high cliff caves, Damodar Kunda (Lake), Kaligandaki River Gorge (world's deepest) and cold and dry mountain terrain is the main attraction of this region.

Lumbini-Birth Place of Lord Buddha is listed in World Heritage Site. Mayadevi Temple Complex, Puskarani Lake (where Siddhartha Gautam took his first holy bath), The Crane Bird and Blue Sheep sanctuary Buddhist monasteries build by various nations etc are the attractions here. Meditation centers here are the ideal place for those who are in search of Peace and who wants to learn about Buddhism and its theories.

Far West (Pristine Karnali) is on the farthest western side of Nepal bordered with India on the west and China on the North. Deep valleys, pristine villages, Rara Lake, Karnali tradition, superb mountain views are the attractions. This is also the land route to visit Kailash & Manasarovar in Tibet (China).

I want to see Mt. Everest but I have limited time in Nepal. Is it possible?

Hi, Since you have limited time in Nepal, to view Mt. Everest either you can need to drive to Nagarkot hill station (32 km, 1.5 hrs from Kathmandu) or take early morning Mountain flight (fixed wing flight for 01 hrs without landing or Helicoper tour to Everest for 03 hrs with 15 min landing). However the choice depends on your interest and budget.
Read More
Tell Us Your Nepal Travel Plan
Copyright © 2022 Everest Tour Nepal Treks & Expedition Pvt. Ltd.
inquiry@everesttournepal.com
EverestTourNepal
+977-9841778069
TOP